7 things that could sink your songs: beware of these bad songwriting habits!

[This article is an excerpt from The Music Producer’s Handbook by Bobby Owsinski.]

At the heart of every music production is its basic building block—the song. It’s the key element, because if you don’t have a great song or songs, you won’t have a great record. You can have the most brilliant players provide excellent performances, and you can do a masterful production job, but if the songs aren’t there, not much of the audience is going to care beyond the first listen. Indeed, music history is littered with artists, bands, and records that had everything going for them except the most important thing: the songs.

That’s why I’m spending an entire chapter analyzing song structure. In the end, no one can predict what will be a hit or what might touch your audience’s heart or feet, but certain elements have tended to work in popular music of all types since the beginning of recorded music. It helps to know what works before you try something else. While this book is not a songwriting handbook, I’d like to point out a number of common problems that stick out when an artist or band inexperienced at songwriting or arranging first play their songs to me. Keep in mind that I’m talking about songs from all genres of music.

No matter what it is, from rock to country to goth to rockabilly to alien space music, you want the song to be interesting to your particular audience, so beware of any of the following elements if they apply to any song or songs that you are planning to record.

One thing I hear a lot are songs with sections that are way too long. Two-minute intros, three-minute guitar solos, and five-minute outros are almost always boring. The idea should be to keep everything interesting and to the point. You are always better off having a section be too short rather than too long. The only exception is if you can make a long section interesting, which takes a lot of arranging skill, and even then still might not keep the audience’s attention.

One really long outro that does work, for example, is the outro to Lynyrd Skynyrd’s classic “Free Bird,” because of the slight arrangement changes, kicks, and accents every 16 bars. A great band, great performance, and great arrangement hold the listener’s attention to the very end—and that’s your goal, after all.

Beginning songwriters often have songs that lack focus, which means that the songs meander from chord to chord with no apparent structure and no clear distinction between sections. This is often the result of not honing a song enough and thinking it’s finished way before it really is. Sometimes there’s a song in the unfinished form if you peel the layers back and dig a bit, but usually the only way to fix it is to go back to the drawing board for a major rewrite.

In many songs written by neophyte writers, it’s difficult to tell when the verse stops and the chorus starts—they’re basically the same. An interesting chorus has something different from the verse. It may be just a little different, like adding background vocals or another instrument, or an accent or anticipation to the same chord changes and melody (like Mark Ronson/Bruno Mars’ “Uptown Funk,” with its synthesizer and horns; Stevie Ray Vaughn’s “Crossfire,” with its horn hits and guitar fill; and Michael Jackson’s “Don’t Stop ’Til You Get Enough,” with its string pad and horn fill).

The chorus could also be a lot different from the verses as well, with a different set of chord changes or melody combined with the arrangement changes previously mentioned. “Vertigo” by U2, “This Kiss” by Faith Hill, or the Eagles’ classic “Hotel California” fall into this class. Either way, something has to change in the chorus to lift the energy and keep the song memorable.

Another common songwriting mistake is neglecting to include a bridge in a song. A bridge is an interlude that connects two parts of a song, building a harmonic connection between those parts by increasing or decreasing the tension. Normally, the verse is played at least twice before a bridge is introduced. The bridge may then replace the third verse or precede it. In the latter case, the bridge delays an expected chorus.

The chorus after the bridge is usually the last one and is often repeated in order to stress that the song is nearing its end. When you expect to hear a verse or a chorus but hear something that’s musically and lyrically different from both the verse and chorus, it’s most likely the bridge (Katy Perry’s “Firework” comes to mind).

A bridge is important because it provides a basic quality found in all art forms: tension and release (in music, going from loud to quiet or quiet to loud; in painting, going from dark to light colors; in photography, moving visually from light to shadows, and so on). Using tension and release keeps things interesting. The bridge is sometimes the peak of the song, the point at which it’s at its loud- est and most intense (check out the bridge of the Foo Fighters’ “Rope”). Or the bridge could be a song’s quietest and least intense point (The Who’s “Baba O’Riley,” when Pete Townsend sings “It’s only teenage wasteland”).

Almost every great song has a bridge, but there are the occasional exceptions. Songs that are based on a straight 12-bar blues pattern frequently don’t have bridges, but they might use dynamics or a specific arrangement to provide the tension and release. An example would be the ZZ Top classic “Tush.” There’s no bridge in the song, but the snare fill by itself after the last verse into the outro guitar solo supplies the release. Another would be the Guess Who/Lenny Kravitz song “American Woman,” where there are just four bars of a different guitar rhythm and a stop.

And then there are the songs that can get by without a bridge by virtue of how they’re arranged or how long each section is. Fleetwood Mac’s “Dreams” has only two verses and three choruses, but listen to how everything builds so that the peak of the song is the last chorus.

Even with great songwriters, this mistake is the most common one I hear. Usually this means that the guitar or keyboard will play the same lick, chords, or rhythm throughout the entire song. That can work perfectly well and might even be a great arrangement choice if another instrument plays a counter-line or rhythm, but normally it just means that the arrangement will be boring. You’ve got to make sure that the song stays interesting, and that means the addition of lines and fills. An example of a song in which a structure like this does work is “American Woman” (again).

If we’re talking about modern popular music (not jazz or classical), most songs have an instrumental line, or hook, that you’ll hear at the beginning of the song, maybe again in the chorus, and any time the intro repeats in the song. Great examples of hooks are the opening guitar riff in The Stones’ “Satisfaction,” the whistle on Maroon 5’s “Moves Like Jagger,” or the opening piano part in Coldplay’s “Clocks.” Developing a song’s intro/outro hooks is one of the major challenges that a producer faces.

Once again, one of the secrets to creating an interesting song is to use tension and release. Regarding dynamics, tension and release is expressed by the music getting loud, and then soft (or vice versa). Grading the volume level on a scale of 1 to 10 (10 being the loudest), the typical song will look something like this:

Notice how the song breathes in volume from loud to soft, to louder to softer, to louder to really loud. Notice how the intensity builds. That’s tension and release. Even if the song doesn’t use this song structure, you always have to consider the volume envelope of the song before recording it. Ultimately, the sound and the arrangement will both be a lot better right out of the box.

For more tips, check out The Music Producer’s Handbook. 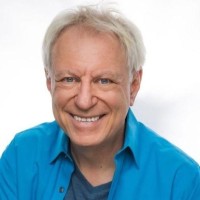 Producer/engineer Bobby Owsinski is one of the best-selling authors in the music industry, with 24 books that are staples in audio recording, music, and music business programs in colleges worldwide. He writes for Forbes on the new music business, his popular blogs have been visited more than 6 million times, and he’s appeared on CNN and ABC News as a music branding and audio expert. Visit his music production blog at bobbyowsinskiblog.com, his industry blog Music 3.0 at music3pointO.blogspot.com, his Forbes blog at forbes.com/sites/bobbyowsinski, his podcast at bobbyoinnercircle.com, and his website at bobbywosinksi.com. He lives in Los Angeles.

What’s it like at the DIY Musician Conference? Let some of our 2015 attendees show you.
Previous