“I’m going to get this album on the Billboard charts.”

Those were the words that Tyke T, my business partner and artist (I’m his manager), blurted out when discussing the release of his then-not-quite-finished and unnamed album during the summer of 2016. I vaguely paid attention, thinking maybe the notorious Memphis heat had finally gone to his head.

Fast forward to the week of January 28th  when a relatively unknown hip-hip artist by the name of Tyke T debuted at #14 on the Billboard HeatSeekers chart, #3 on the HeatSeekers South Chart, #33 on the Rap Chart, and #48 on the R&B/Hip-Hop Charts.

That’s an amazing accomplishment for an independent artist with absolutely no label affiliation and no publicist or marketing firm.

Where did we start?

It all started when Tyke came across an article on CD Baby’s DIY Musician Blog about Shannon Curtis and her Billboard album success.

Shannon sold 227 albums, which seemed like a reasonable and attainable goal. We decided to aim a little higher, wanting to try to break into the top 25 on the new artist HeatSeekers chart. This chart was the most feasible because it is reserved for new artists who have not been featured on any other chart. After some additional research, we found that in order to break into the top 25 on the HeatSeekers chart we would need to sell approximately 750 albums in the first week of release.

While that was a larger goal and not as feasible; we were confident that if we failed, we should at least earn some spot on the chart as long as were able to sell anywhere between 227 and 750 albums. We knew we could sell 227. The challenge was getting to 750.

The Plan to engage our audience

Once we got over our initial apprehension and decided we were going to pursue this goal, we sat down and developed a plan. We knew that we had a very motivated and engaged fan base. Tyke’s fans have mobilized to support him in several contests, spurring him on to wins that included IHeartMedia’s K97 “Next Big Thing,” The Memphis Grizzlies Showcase, VH1’s “Make a Band Famous,” where he finished as a top 8 finalist, and the A3C “This is My Year” Fan Challenge.

We would use CD Baby as our online aggregator to make our music widely available. We had used them for other projects and the process was always simple and hassle free. CD Baby had even included a previous release in their Music Discovery newsletter.

After a lot of discussion about the best way to begin, we decided to publicly announce our charting efforts in order to engage fans around the pursuit of achieving this goal, positioning it similar to previous contest strategies.

A key decision in this strategy was the use of Bandcamp as our primary sales source. We chose Bandcamp for 2 reasons:

[Editor’s note: CD Baby pays the highest cut to artists of any digital download retailer AND we handle warehousing and order fulfillment for your CDs and vinyl sales. Not to dis Bandcamp though. Bandcamp is rad.]

It was a gamble. Most of Tyke’s fans were not used to using Bandcamp and were more comfortable with other sources. We would not only have to motivate them to buy but also to buy from a new source.

As we continued our research, we realized that “presale” orders are included in first week sales totals.

[Editor’s note: PledgeMusic also reports pre-sales as first week sales, so be sure to factor this into your strategy if you’re running a crowdfunding or pre-sales campaign.]

(What we didn’t realize until later is that there isn’t a limit on how long you could run a pre-release. Looking back, it would have been a bit easier had we run the presale for more than a week). CD Baby made the pre-sale process equally as simple, but we’d already chosen to go with Bandbcamp as our primary sales source.

Another big factor was the release show.

Over the last 3 years, Tyke had partnered with local event producers CLE Events to participate in their Annual DreamFest weekend — 3 days of events spotlighting independent artists in Memphis, TN — that happens every MLK weekend. Joining with them this year would be even more beneficial as Tyke would be able to directly benefit from the promotion and hype around DreamFest to help spread the word and engagement around his attempt to reach the Billboard charts.

With the release show set for January 15th, Tyke chose Tuesday January 17th as the album release date. We figured we would have 7 days for pre-sales and 7 days for album sales and that would give us 14 days to push sales. By our calculations we would need to sell 55 CDs a day to reach our goal.   Again, that seemed reasonable and achievable.

Being ready to make adjustments

And again, we were wrong! Lol All of our calculations were wrong because we had no idea the schedule for Billboard reporting. We assumed reporting would run a week from the day we dropped the album, but in actuality, Billboard chart reporting runs Friday-Thursday. This meant that instead of 14 days, we only had 9 days!

We upped our social media push, included email and text messaging and we also figured out how to have the physical CD sales from the release show included in the sales tally.

If you are a record label here is a link to more information about how to have your physical CD sales counted: http://www.nielsen.com/content/dam/corporate/us/en/docs/solutions/measurement/radio/Soundscan-US-Sales-Procedure.pdf

There are also several services available that can help you with that if you don’t meet the requirements listed above. Google is your friend.

We posted daily, letting our social media fans know each day how many sales we needed to make in order to reach our goals.

We also did the forbidden: we tagged people and asked our fans and followers via direct message and messenger. Yes. The space typically reserved for less than savory advances was a key factor in accomplishing this goal.

Each person that purchased through Bandcamp was publicly thanked and congratulated. This allowed us to continue to post about the goal, boost morale and provide even more incentive for other friends and fans to get involved.

The last piece of the puzzle was persistence.

There were a lot of people who did not purchase, there was negative feedback, and there were definitely plenty of times when we questioned whether or not we would meet this goal. We were fearful that we would publicly fall flat on our face. But for every person that provided us with negative feedback and/or discouragement, there were always more willing to tag their friends to the status updates, share the purchase link and directly ask others to buy.

Tyke has been told time and time again that he wouldn’t make a dent in this industry without a huge social media following and expensive PR and radio campaigns. But thanks to an idea from an article on the DIY Musician Blog, independent artist Tyke T debuted a top 40 rap album on the Billboard charts. I think we more than proved them wrong. 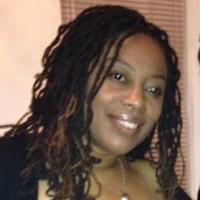 Shahidah Jones is a writer, activist and native Memphian; dedicated to exposing the world to Memphis based talent.

Impressive independent showing for 2017 Grammys
Next