Getting on the charts (it’s not that hard to do, and you can do it too).

A couple weeks ago, my wife Shannon’s new record debuted on Nielsen’s Top New Artists Albums chart. (Full disclosure — I produced and mixed this record.) Wow, right? That’s a pretty cool achievement for a completely independent artist. Hell, we didn’t even hire a publicist for this album cycle. Nothing. This record was DIY all the way. And we hit the charts!

So how did we do it? In short, we exploited how presales are counted by Nielsen’s Soundscan system. And you can do this too! Is this sort of a trick? Yes. Can it help tell a positive story about your music and your ability to engage a community around it? Also yes.

The foundational premise here, which most people don’t realize, is that getting on the bottom of the Top New Artist Albums chart is relatively achievable. You only have to sell around 200 records in a typical week to hit it.

And the second key piece of info that makes this scheme work: presale units count toward the first week of sales! All the copies that people order before release day, including fundraiser thank-yous, plus any units you sell in the first week, count toward that first-week number. We sold 227 units all told, so we landed at 122 on the chart. Woohoo! This is clearly neither a huge nor earth-shattering sales figure. But it helps us continue to tell Shannon’s story to people to whom charts and statistics matter.

And those people definitely exist. They exist in the larger industry, for sure. But they also exist within our community of supporters. Being able to set a measurable real-world goal, to involve our community in helping us achieve it, and then to celebrate its achievement with them, was massively engaging over a sustained time period. And this is absolutely the most important aspect of all. This became like a quest for our people. They worked really hard to make it happen, and they were beyond thrilled when we pulled it off. Everyone who pitched in is decisively a stronger and more invested member of our community than they were before we did this (not to mention that they were posting about it basically nonstop on social media for weeks leading up to our album release). And that’s irreplaceable.

Here are the mechanics of what we needed to do to get this set up, and how you can do it too

First: all reporting to Soundscan (Nielsen’s music reporting arm) is done on a UPC basis. So, go online and buy one UPC each for all the various manifestations of your album — vinyl, CD, iTunes, other digital, etc. You can purchase UPCs from CD Baby. You can also purchase UPCs from shady online resellers, which I would recommend avoiding.

We did our presale fundraiser ourselves on Shannon’s website, and fulfilled it through our web store, which is powered by Limited Run, who are an official Soundscan reporting entity (and whom we highly recommend). We also did presales through iTunes and Bandcamp, who both report to Soundscan.

[Note: With CD Baby, it’s easy to run a digital album pre-sale through iTunes and Amazon.]

If you do presales through Kickstarter, those presales will not be reported to Soundscan. Those two companies don’t talk. Presales through PledgeMusic, however, are reported to Soundscan. If you’re aiming for the charts, and you want to do a crowdfunding campaign as part of your album release, and you don’t want to go to the effort of setting up a presale yourself on your web store, then that’s a great reason to use PledgeMusic versus Kickstarter.

Setting up a title in the Nielsen/Soundscan system is free and easy. You just go here and fill out the form: http://titlereg.soundscan.com/soundscantitlereg/

If you are registering more than one UPC for the same title (e.g., vinyl, CD, digital), then you need to send in a “merge request,” to get all the UPCs pointing toward the same album in their system. To do that, send an email to bbssinfo@soundscan.com at least a week before street date, with your info arranged as follows:

That’s all you have to do on that front. The Nielsen people are super friendly and responsive and will take care of it.

Finally, you will need to register your UPCs with any entities that are reporting your sales to Soundscan. Any digital sales done through a store like iTunes will automatically be reported, as CD Baby and other distributors automatically pipe the UPC through to those online storefronts. You will need to register your UPCs manually with Bandcamp, Limited Run, and any other independent storefronts you’re using.

… and that’s it! It’s really just that simple. The bottom of the Top New Artists Albums chart tends to hover around 200 units. If you hit your presale hard and have your back-end stuff organized, that’s absolutely achievable. Does it matter? If it helps get you a new class of gig that you weren’t able to get prior to adding this to your press packet, then absolutely it matters. And if you can gamify the process, and use it to engage and consolidate your community of supporters around your new album, then you will be using your album release to its ideal intended purpose.

(If you have a bigger community of supporters, then you could set your sights even higher. Billboard takes the top 25 albums from the Top New Artists Albums chart, and they publish that each week as their Heatseekers chart. You have to have typically around 750 album sales in a week to hit that chart, so it takes a bigger effort, but if you can hit that on an independent basis that will do very good things for you.)

So go for it. Let’s get a bunch of independent music on the charts!

Top New Artists Albums is an internal Nielsen Soundscan chart, the top 25 positions of which get published in Billboard as the Heatseekers chart. The entire Nielsen chart isn’t publicly published. Jamie has made a friend at a small indie label who can occasionally send him this chart data. It would be a good idea, for a number of reasons, for everyone reading this article to cultivate some friendships on the business side of the independent music community. They can help you as you navigate your DIY world. “DIY” doesn’t mean “doing it alone;” finding people who like you and who can occasionally be of a little help to you is crucial! 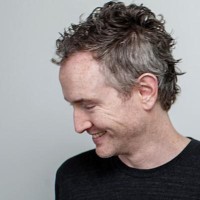 Jamie Hill is an independent record producer, mix engineer, and co-owner of a tiny record label. He and his wife Shannon Curtis are currently on an 80-show North American summer house concert tour.

Huge keynote speakers announcement for the DIY Musician Conference
Next