By Cheryl B. Engelhardt

Changing the “starving musician” mindset when it comes to your email list.

The first time someone (who didn’t share my last name) contributed to my record-funding campaign, I was floored. And then I got serious anxiety.

[That’s actually pretty normal for me and HERE is how I handle it.]

Truthfully, I was terrified – people were actually listening, believing in me, and NOW I NEEDED TO MAKE THIS THING HAPPEN.

Once I started breathing again, I acknowledged that my email list wasn’t just a list of 1349 emails I had gathered from touring. It was a place where people who enjoyed my music were ready to consume more. And possibly even contribute to the process financially.

This was a hard concept to accept. I, like so many musicians, had come from the school of thought that “DIY musician = starving artist” and “raising money = asking for help.”

Trusting in your email subscribers.

It was only when I finally gave my fans the opportunity to contribute that I was blown away by the fact that they did. I raised over $20k in my first ever fan-funding record-making campaign, with only a PayPal button on my website and my email list. (Three years later, I did it again using Pledge Music). Here’s how it all started.

I had decided to release one demo of a song per month for 12 months, and each month someone could “sponsor” a song, which meant helping cover the production costs. At the end of the year, I remixed and mastered each song and created One Up, the album, which I distributed through CD Baby.

“Memory” is the first song where a fan showed up in a way I had never dreamed of.

This song is about not wanting memories.

When I started writing the lyrics for this song, I was missing my long-distance boyfriend at the time (now husband), and was getting sad and a little angry. I didn’t want to rely on the memories we had anymore… I wanted new ones. Beyond that, I just wanted to be present with him.

I shared the demo of this song with my email list and one day, I saw a $1000 deposit from a fan I have never met before. (Read: not my mom.)

I wrote an email to the PayPal address, thanking him profusely, and asking him what he wanted from such a generous donation (I hadn’t yet learned to create reward levels that high). He wrote back, sharing that he was a soldier in Iraq, and all he wanted was a poster to brighten up the barracks. He also said he felt like it was his way of giving back since he stole a lot of free music from Napster when he was in high school.

Seeing as this song was already about long-distance relationships, I added a third verse too as a subtle nod to those fighting abroad, and made sure that he heard this song.

“I need something to hold

So won’t you come back home…

Of all the things that you have seen,

will you let them go, be all you can be?

I never thought I’d be this strong

I love you so this can’t be wrong

This can’t be wrong.”

And that changed my entire mindset about fan-funding. It’s a partnership. It takes trust. I needed to trust that I created something awesome, that people believe in me, and that they will show up if I give them the chance.

Believe that your music is worth your fans’ time and money.

A shift in your own mindset about your value is the absolute first step to raising money for anything, and trusting your superfans to show themselves when you need them most is what your email list is for…. growing and developing a beautiful relationship between you, the creative, and the fan, and letting them come on their own journey with you.

If you want to start writing emails to your fan list that will make a difference in your music career, you should check out my Rock Your Email List course, which walks you through ALL this email jazz, from start to finish. At the very least, download my free email list workbook at inthekey.co/masteringemail. 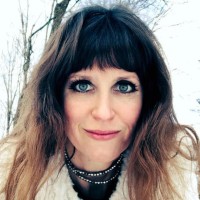 Cheryl B. Engelhardt is a full-time singer-songwriter and composer. When she’s not working on a new jingle, co-write, film score, or choral piece, she’s jamming all of her experiences into resources for musicians, including this free pitching checklist. You can read more and hear her music at www.cbemusic.com.

20 years of changing the game
Previous

Publishing Rights: How Do They Get Split?
Next