What I learned from coaching three artists… How to quickly multiply your audience, secure endorsement deals, and develop a more consistent music workflow.

I’ve spent most of this year coaching three artists, on these concepts and other ideas, through a special collaboration between CD Baby and The Slants Foundation that we called the DIY Music Accelerator program. And even though I’ve been teaching music business concepts for almost twenty years, their results exceeded all expectations that anyone had – myself included.

When the artists were being selected, we wanted to focus on diversity: people who were in vastly different genres as well as different stages of their career to see how our strategies and tactics could be applied across the board. This included:

Despite being in very different starting places, I wanted to test something that I believed to be true about many music business principles: they are scalable. In other words, they could be stretched to apply as little or as much to any artist, no matter where they are in their career.

But it all requires a solid foundation of discipline, structure, and work ethic. This foundation sets artists up for what I’ve dubbed the House of Music, a concept that helps acts understand the many parts of their career. In fact, it is what I taught them during their first session.

The phrase “what gets measured, gets managed” is especially true here. I pushed them to have SMARTER Goals, goals that are:

These goals should involve Everyone on your team, and are Revisited often.

Once we recorded all of their stats (social media/website analytics, streaming, income, email list, etc.), we had a record of specific things that we could test everything against, especially to see what was making progress against the goals most important to each of them.

I connected with them bi-weekly for six months. I didn’t do any of the work for them – I only coached, provided feedback, and helped direct them – but the outcomes depended entirely on their own efforts. And of course, the results blew everyone away: they all doubled their following (and in some cases, had channels/engagement grow up almost 500%), they secured multiple major artist endorsement deals, and produced more content than anyone thought possible in the middle of a pandemic.

Of course, it’s best to hear things in their own words – what they did that worked, the things that were most important to them. But here are some of the biggest takeaways that helped them scale up their careers:

1. Know what you want

A vague goal (i.e, “be a full time musician!”) isn’t very useful. Articulate those numbers and that lifestyle very clearly so you can work on the steps to obtain that goal.

Also, you need a very clear idea of who your target audience is – generic demographics won’t get you there. One homework assignment I gave to each artist was to write specific biographies of three individual fans (what they ate, how they heard about new music, how they spent their time/money, etc.)

It’s sexy to think that one major push resulted in massive growth but the reality is that growing fans is more like going to the gym: small, repetitive exercises that seem meaningless in the moment make more a difference than trying to run a marathon without any training.

Also, focus matters: don’t try to do everything at once. Stick to things that actually contribute to your big goals.

3. Get a support network

You know more people than you think you do. Create an “advisory board” of sorts or regular group that you can check in with to keep you accountable, help you solve problems, and where you can teach others the things you’ve learned.

Something each artist told me consistently was how much hearing from me on a regular basis inspired them to get to work. Get a regular spark in your life (this is why so many people turn to consultants even if they know deep down what they need to do).

We still don’t know what the future holds. Hopefully, we’ll be able to offer this program again and meet in person for next year’s DIY Musician Conference. But one thing is for sure: even in the midst of a global pandemic, music is still able to thrive and continue bringing meaning for others in the world.

No matter where you are in your career, you can experience growth, build a community, and get closer to your goals by consistently working on these principles.

Just remember: you might be independent, but you’re not alone. 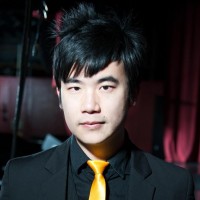 Simon Tam is an American author, musician, activist, and entrepreneur. He is best known as the bassist and founder of the Asian American dance-rock band, The Slants, who won their case against the U.S. Patent & Trademark Office at the United States Supreme Court.

Want to contribute to the DIY Musician Blog?
Previous

Use Spotify Promo Cards to personalize your streaming promotion!
Next