The three components of Lean Music Methodology, a smarter way to move your music career forward The following excerpt from my new book Hacking Music: The Music Business Model Canvas delves into the concept of Lean Music Methodology, an accelerated process by which an artist tests how audiences might react to something the artist creates. This methodology helps artists learn and grow much more quickly than they would without it. To get 80% off the price of the book, see details below the article.

What independent musicians can learn from established processes in the business world.

The three components of Lean Music Methodology are:

The music business is just that, a business – and businesses need a product to release into the wild. One of the first questions we ask music artists is:

“What is the smallest thing that you can create in the shortest amount of time that you can put out there for people to consume?”

The Ship step can involve the sending out of anything from a work tape to a lyric draft of a song to a possible album cover. It reflects the process of sharing a first (V1) version that can quickly receive criticism and be made better by others. Ship can take two forms: shipping out to the world (e.g., uploading a song to iTunes) or shipping to a small internal group (e.g., having your team look over a draft of a press release).

Because the lean artist releases products more often and consistently than the waterfall artist, the lean artist will gain traction more quickly. Even though the task is ultimately a very small product, it creates a public impression that you are doing something and that your career is constantly moving.

The entire reason for shipping is to give you an opportunity to sit back and measure the response to whatever it is that you created. The artist should Listen to feedback from their internal team, fans and/or people for whom they have great respect (depending on the project).

This can include analyzing what people are saying about it on social media, gauging how people respond to it at a live show, or hearing what your internal team has to say. This process requires you to set aside your own emotional attachment and focus on what people (the end consumer) are saying about the product.

Once you are able to do this, you will naturally segue into the following step…

You’ve shipped it, and you’ve listened to what has been said about it. Now it is time to Learn from the feedback and decide what the next step is going to be.

Build It: If the early feedback on the project in question is favorable, you could make the decision to commit to it. You might decide to release it on a wider scale and create a marketing budget for it.

Break It: If the feedback on the project is overwhelmingly negative and the product fails to gain any traction, you might decide that terminating it is the best move going forward so you can dedicate your time and resources to something more favorable.

Improve It: If the project’s feedback is mixed, you might find a common critique being mentioned by fans. Making some changes based upon that feedback might be the best move. Once those adjustments are made, you can release the project again to see if the feedback changes.

After cycling through the Ship, Listen, and Learn process multiple times, lean artists become more proficient at finishing projects. And because the artist has made a habit of making changes based upon feedback, the finished product is more likely to be purchased. The process encourages artists to forgo seeking perfection in favor of releasing the product to the public and making changes and improvements as they go.

Pulp Fiction and The Hateful Eight director Quentin Tarantino is a great example of a creative mind that utilizes learning cycles and lean methodology, albeit it in the film world. A Deadspin article written by Mike Fleming Jr. in January 2014 discussed Tarantino’s process when creating The Hateful Eight. Fleming’s article went so far as to lay out the steps Tarantino took during the writing process:

“Tarantino has finished a draft and is in the process of showing it to a handful of actors he wants for the picture. He usually does this, gets feedback, and goes back in and hones his work.”

Think about how Tarantino is using Lean Music Methodology in his own work.

Keep in mind that Lean Music Methodology is beneficial to both developing and established artists. For a new artist, it helps them learn about the music business more quickly. It requires the artist to maintain a consistent state of motion. The lean artist releasing a new song every week will have subjected themselves to 52 complete learning cycles over the course of a year.

Again, this approach is not about perfection, nor is it concerned with sonically interesting arrangements; it isn’t even worried about great songs. It is about the process and the learning cycles that take place, starting from the time the artist sits down to write a song and ending when the song is released to the public only five days later.

Later in the artist’s career, Lean Music Methodology continues to play an important role. Here, the artist may not ship to the general public but instead to a smaller internal group. The cycle is still completed; it just may be done within a much tighter circle.

While the book’s retail price is $89, readers of the DIY Musician Blog can receive a special 80% discount if they enter coupon code CDBABY80% at checkout. That discounted price of $19.99 is available for a limited time.

Hacking Music: The Music Business Model Canvas can be purchased by clicking HERE. 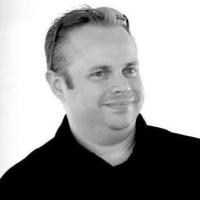 With clients in major cities like Nashville, New York, London, Sydney, and Toronto, Rocket to the Stars’ Wade Sutton has dedicated his life to helping music artists in all aspects of their careers. Armed with nearly twenty years of professional radio journalism experience, Wade now provides an array of services to artists, including the writing of biographies and press releases, the creation of press kits, websites, and sponsorship proposals, media interview preparation, and more. Not only have his strategies been featured on top websites for independent musicians such as CD Baby and Disc Makers, Wade has also spoken at music workshops in Nashville and made numerous webinar appearances, including some in which he was a guest of Berklee Online founder Dave Kusek. In 2014, Wade teamed up with former Taylor Swift manager and Big Machine consultant Rick Barker to co-author The $150,000 Music Degree, a music business e-book read by many, including country music superstar Dierks Bentley and multi-hit songwriter Brent Baxter.

Email Automation: The Basic Stuff Musicians Need To Know
Next