5 signs your band is doomed Does your musical project have an expiration date?

For what seems like a lifetime, but is probably just a few short years, your band has been your life.

Every waking hour is spent rehearsing, perfecting and writing your material, and every sleeping hour is spent dreaming of the next level of success. You’ve planned your next five album covers, your world tour, your stint in rehab, and your glorious comeback.

You may well have achieved some or all of these already, but there comes a point in every band’s career where things don’t seem to be going the way they should.

If any of the below things are happening in your camp, it’s time to spring into action, because they could well spell your band’s doom.

When you’re in a creative drought, it can seem like forever ago since it rained, and it’s easy to start pointing fingers at your bandmates. The truth is, there could be a million reasons why your spark’s gone out, and it’s unlikely to be any one person’s fault. If you’re unable to work things out with respect to each of your creative talents and can’t produce anything you’re all happy with, then you’re either going to have to keep milking your old material or crank out some half-baked lazy retreads.

Neither of these options are particularly desirable, as they’ll make you look tired and directionless to your fanbase. It might take a less-than-great string of songs to make you realize how important it is for you to ‘get back to your roots’ – an oft-quoted description of what many a band does in this situation.

Get back to why everyone – including you – loved your band in the first place, and see if it’s possible to rekindle that love. Play some of your earliest songs, watch some old videos, recapture the wide-eyed innocence. Your band might turn out to be too much of a damp squib by then for the spark to reignite, but at least you can say you tried before you abandoned ship.

Sometimes a side project can be really beneficial to your main band, granting you the fresh perspective and new approach on your song craft.

But this is only the case if you apply what you’ve learned to your main band. If you take a drumming holiday, like Dave Grohl did with QOTSA, and re-energize your fellow Foos with a new power and drive, then great. If you slowly start taking over both songwriting and singing duties, and publicly reveal yourself to have been the more talented brother all along, then you’ll leave Oasis and start your High Flying Birds.

You might find that the artistic freedom and reduced pressure make your side project seem a lot more attractive – so much so that you start to wonder why you’re even bothering with your band. And, looking down the other end of the telescope, you might notice your bandmate enjoying a similar success with their own side project. Hopefully, this won’t lead to any bitterness, but instead will show you both that it’s time to set each other free to do what you could well always have been destined to do.

3. You’re not hanging out

Yes, we all have our private lives. Yes, we all have outside interests. Yes, we want to see our other friends and our families. And no, we don’t want to spend every second of our lives with the same 3 or 4 people. That would be insane, and would probably drive you insane by the end. But there is an air of inseparability surrounding the most successful bands, rattling around in the same beat-up van from city to city, getting up to all sorts of shenanigans between gigs.

The bigger a band gets, the greater the pressure on them grows, and the harder peace is to come by. One of the very few things troubled rockstars Axl Rose and Kurt Cobain had in common was isolation from their bandmates. Since they were both highly charismatic frontmen, they attracted the most media attention, and felt more of a need to withdraw from the public eye than the other members of Guns N’ Roses and Nirvana. Unfortunately, this eventually developed into a need to withdraw from the other members, meaning the solidarity established in each band’s earlier touring days was tarnished almost irreparably.

This might seem lightyears ahead of what your band is going through, but the sentiment remains the same. If you can’t enjoy each other’s company offstage, you’re going to start struggling to enjoy it onstage.

4. You’re not enjoying the shows

Playing live is what being in a band’s all about, and once that goes, the band itself won’t be far behind. Constant gigging can grow tiresome, not to mention tiring – doing the same physically exerting activity every night and trying to look like you love it takes a lot out of you. Giving a lackluster performance, especially to paying customers, isn’t really an option, just like with any job.

Once gigging feels more like working than playing, it’s time to change something. Mixing up the set list is a good starting point, and if that’s not enough, try a different style of show, like an acoustic show, or play somewhere that’s not a carbon copy of every other club, arena or festival you’ve played, like on a cruise ship, or on a rooftop, or on the back of a truck.

If that’s still not doing it for you, then the problem could well be the songs you’re playing and the people you’re playing with, so it might be time to change them.

5. You’re not doing ANYTHING

There’s no mistaking at this stage that your band has collapsed. If you’re not writing together, playing shows or even spending time with each other, are you even a band any more? This could be an ‘indefinite hiatus,’ but that doesn’t ever bode well. An inactive band gives the air of either nobly not wanting to let their fans down, or selfishly not wanting to let go of something they once loved. Now would be the time to call a serious band meeting, with clear issues in mind that need to be discussed.

There are two main avenues to go down when you come to this particular crossroads. To your left is the road that leads to getting the band back together. Your period of inactivity is an opportunity to reinvigorate and reinvent yourselves, and you’ll come back stronger than ever. If you all genuinely want this particular band to succeed, and all agree that some time off is prudent, then don’t lose sight of that shared vision, even if you’re not together.

To your right may well be a more difficult but more honest route. It might be time to call it a day. You might not want to, your fans definitely won’t want you to, but you have to. It’s being cruel to be kind, short term pain for long term gain, or whatever platitude makes you feel better about doing it, but it’s not fair on any of you to keep limping along like a wounded antelope. Sometimes in this scenario, somebody’s got to be the lion and deal the killing blow so you can die with dignity. Once you’ve cut the strings, you’re no longer tied down. 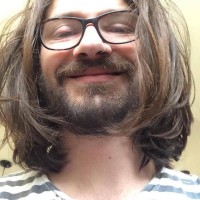 Joe Hoten is an avid writer of songs, content and song related content, and is a regular contributor to Bands for Hire. Bands for Hire are a live music agency offering a wide range of live function bands – acoustic acts, string quartets, jazz bands and more – across the UK.

Get Your Spotify URI Before Release
Previous

How streaming is changing the way music is produced, and what you can do about it
Next