Is it crazy to chase your music dreams?

I remember announcing to all my friends one day that I was moving to Nashville, TN to follow my songwriting dream. It never occurred to me that it might sound crazy to all of them. In fact it sounded so crazy that they staged a small intervention laying out very rational points:

I pushed on with my plans and moved to Nashville.

I knew my friends meant well and every few weeks I would get a call from someone back home saying something like “you can get your old job back” or “aren’t you tired of struggling for a crazy dream?”

After 5 years I must admit I started having a few doubts of my own. Were they right? Was I crazy??

I pushed on through several failed publishing deals, and worked night and day to support my family. I tried my best to ignore the frequent calls asking if I was ready to come back home.

After 7 years it happened- I got a song of mine recorded by a major band called Diamond Rio and the song went to #1 on the Billboard Chart!

“We always knew you were gonna make it!!!” 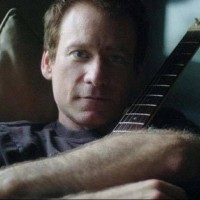 Clay Mills is an 16-time ASCAP hit songwriter, producer, and performer. His songs have been recorded by such artist as Lady Antebellum, Darius Rucker, Babyface, Reba McEntire, and Kimberly Locke. He has 2 Grammy nominations for “Beautiful Mess” by Diamond Rio and “Heaven Heartache” by Trisha Yearwood. Follow him at SongTown.com, claymills.com, and Facebook.

Christmas Songs in the Public Domain (And Those That Aren't)
Previous

Top tips for boosting video views on YouTube
Next