How to create an image for your band 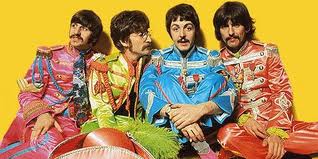 Band image. what is it, what’s yours, and why does it matter?

Last month we published an article by Brandon Seymour called “Your image is more important than your music – especially if you’re an indie artist.” As you might be able to tell from the headline, it inspired some heated comments, both in agreement and dead-against.

Here’s an excerpt from the article to give you an idea of Brandon’s argument:

The music industry (and I use that term very loosely) isn’t concerned with art or expression. It’s not about identity or originality. And it’s definitely not about talent. It’s about money. I’m not saying that you won’t ever be appreciated as an artist. I’m also not saying that being an artistic genius precludes you from mainstream success. I’m saying that the music industry as a whole doesn’t care who you are unless they can profit from what you have to offer – regardless of how amazing or awful you actually are. It’s not evil, it’s just business. As with any other business, even the greatest products can’t sell themselves; the image or brand perception is what makes people want to buy.

Brandon had this realization — “image is everything” — after making music as a hobbyist for almost 15 years. Then one day he decided to form a new band with a friend who shared a similar vision, and they attacked the new project with the mindset that their image would be central to their success. Within a few months of forming they’d gotten great local press, been named “best band in South Florida” by two publications, opened for a few national acts, headlined some local festivals, and were playing about five times a month.

Granted, it wasn’t national stardom, but it’s rare for a brand new act to make such a big regional impact so quickly. Impressive, especially for a band that, in Brandon’s own words, is not especially talented or good looking. In his assessment, IMAGE made the difference.

Hear what artists really think about the “image” issue

CD Baby artists’ opinions about image were shared mostly in the form of objections to or agreements with Brandon’s argument. There were two main criticisms of the article:

Forget image. It should be all about the music.

This is drivel. This is DRIVEL. Image is not more important than music. Let your music speak for you… Be human. Be multifaceted. Be honest. Have high expectations of your listeners. Let that expectation raise the quality of your music. Let music be your focus. Always. You won’t get rich by taking my advice, but at least at the end of the day, you’ll look in the mirror and know who you are, and remember why you started all this in the first place.

Truly great music has nothing, NOTHING to do with image. Let me ask you this: How many people talk about the level of “brand awareness” Miles Davis or The Beatles had? Answer: They don’t…. Does anyone remember who the Season Two winner is from “American Idol” or “The Voice” ?

[Answer to the American Idol question: yes, my aunt — one of the few people I know that still buys lots of CDs.]

You have very succinctly pointed out one of the main reasons why contemporary music, for the most part, sucks beyond belief. Serve the song. First, last, ALWAYS. TRULY great tunes will always outlive an image. What is still keeping Elvis’ catalogue more than viable? VHS copies of a morbidly obese shadow on his “comeback” tour, or the music itself? If his tunes sucked, no one would know or care who he was, now…

While I applaud (and kind of want to theoretically agree with) the purist sentiments expressed above, my response would be this: the music biz has ALWAYS been about image, going back at least as far as Mozart, when his daddy manager dressed him up in cute little outfits and schlepped him all around Europe.

Plus, Elvis and The Beatles? They’re the quintessential early examples of image-obsessed mass-media pop stars. If it weren’t for Elvis’ swaying hips and sweet jackets and jumbo guitar and slicked back hair, no one would have even cared about the tunes. Same goes for The Beatles. They were certainly brilliant artists, but they had Brian Epstein worrying about their suits and their hair and their interview humor and everything else. IMAGE fed Beatlemania just as much as (if not more than) songs like “Please Please Me.”

I agree completely. In his defense, I believe the author meant only to anecdotally convey something about his own experience in a local band, not to give specific advice (though he’s offered to write a followup with some actionable tips). But it brings up an interesting question…

What IS image in the first place?

Natalie Van Horn asked: How would go about creating a “brand”? This article gave me an idea of the direction to go but I haven’t got a clue about how to get started.

I responded to her comment with this:  Well, your brand is about lots of things: your look, your sound, your vibe, etc. It’s not something you can just present to the world overnight. You have to build it, both for yourself, and for the world. But I think if you start with a clear vision for what your music should sound like, what your band should look like, and how that works with your logo, album art, website design, etc, — then you’re off to a good start.

Although image consists of many intangibles, it’s probably safe to assume that most people when they hear the word are thinking of the overall impression created by…

If it hasn’t been made clear already, I’d like to mention that image does NOT have to be about pop culture. It does not have to play to trends. A guy performing folk music in a subway station dressed in a jean jacket has an image, even if it’s not one that’s currently en vogue with young listeners at large.

It’s also important to remember as you start to build your image and persona that these things should never feel inauthentic; instead, they should feel like a more supersized, dramatic version of yourself — or some aspect of yourself that you want to convey to fans.

Why does image matter?

In my opinion, image is crucial because the saturation of the music marketplace means listeners often need other elements BESIDES the music to inform their decisions. What new song or artist are you going to check out next? The one with the image that most resonates with you, right? That’s why a new band needs to make some kind of memorable impression before listeners even hear one note of their music.

The role of “image” for any artist or band is hard to overstate, and oft misunderstood. It’s a heady subject to take on, and more bands would do well to give some thought to what they’re presenting to the world, and how.

What you’re presenting to the world (apart from your music) is what will make someone either ignore or listen to your music. Or put another way, if we break it down into two phases: before someone has heard your music, your image is the ONLY thing that matters. Once they press play, your MUSIC is the only thing that matters — it just happens to matter last.

Your image is the invite. Your music is the party.

Is anyone showing up? If not, you better write nicer invites. If people are showing up then it’s important to ask yourself once the guests have arrived: is anyone having fun at my party? If not, sure, it might be that your music sucks; that’s always a danger to consider. But chances are you might’ve just invited the wrong folks! That’s when you know your image is failing you and your music.

As I said above, your image (and how well it’s supporting your music) is not necessarily quantifiable, but it can be tested with a few questions:

There’s no correct answer to the questions above, but I think it’s important to ask them, and to think seriously about the affect your image is having on your music career.

Nirvana built their fame on image, but more importantly, they built it on talent. Your article is the worst of sell-out suggestions. I could name 100 acts in show biz who look good and sound terrible. You can get temporary success from image, but you can also get a lifetime of disrespect for relying on it. I agree that most successful acts have some kind of image, mostly that of youth and rebellion or freedom. Other than that, an artist can end being a real chode for focusing on image.

So I guess I’d summarize by suggesting you find an image for you that feels real, leads people deeper into your music, and doesn’t make you look like a vacuous jackass.

What do you think about image? How did you create your image? Let us know in the comments below.

To hear us discuss some of these same concerns about band image, listen to this episode of DIY Musician Podcast.

4 Marketing Tips for Independent Musicians
Next