YouTube acts in accordance with international laws surrounding intellectual property and digital distribution, but enforcing digital rights on the platform comes with its own set of intricacies that must be navigated properly.

Today we’ll be addressing the issue of exclusivity.

The term “exclusive” has a special significance in the worlds of music and rights management. It means you’re giving one and ONLY ONE entity the right to work on behalf of your music in a particular arena (such as sync licensing, YouTube monetization, physical distribution, etc.)

There are two types of exclusivity: Exclusive and Non-exclusive.

Though the concepts discussed below will be applicable to most asset types on YouTube, for this conversation I am referring to Sound Recording assets.

Let’s say you have a bag you’re waiting to claim at the airport. You’re waiting and waiting but apparently it’s going to be delayed, and you’ve gotta go. You have places to be and people to see.

So, you whip out your handy pocket computer and hire a taskrabbit to come to the airport and wait for your bag. Their job is simple: Collect your bag when it arrives and deliver it safely to you. This bag has valuable stuff in it and you don’t want to take any chances, so you hire a second taskrabbit just to be sure the bag gets picked up.

Both your taskrabbits are reputable and responsible and wait patiently as the buzzer signals the baggage has arrived. With their shins pressed against the smooth railing below the carousel, they watch intently for your bag to slide into view. And there it is, slowly approaching the safe embrace of your hired hands. It comes within reach and both rabbits take hold.

Congratulations, your bag is safe! But there’s one hang-up: Neither taskrabbit is willing to relinquish the bag to the other. They were both charged with the task of collecting the bag and neither is willing to concede. On top of that, the airport officials aren’t going to let the bag leave the building until it’s clear who really owns it. Looks like your bag will be delayed.

With YouTube monetization, two is NOT better than one

Please excuse my foray into creative writing, but I wanted to illustrate the issue at hand. When it comes to administering assets on YouTube, no two administrators can claim ownership of the same asset in the same territory. Even when assets are called something different, if they share identical (or similar) reference files, there can be only one ownership claim per territory.

It’s a common assumption that signing up with two administration companies will mean twice the results, but it will only tie up your revenue in escrow while YouTube determines who really has the exclusive administration rights to the intellectual property in question.

So, do your research, find a company you like, and stick with them. I hear CD Baby is pretty good at this YouTube administration stuff… I’m just saying. 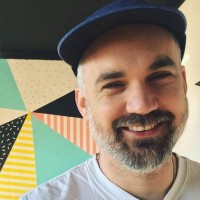 Here's The Gear You Need For Your Home Recording Studio
Previous

CD Baby artist GLASYS gets the attention of T-Pain... and 600k other viewers
Next