In the age of digital music and with years of loving and learning about the ever evolving electronic music scene, we are now well accustomed to everything we hear not being absolutely original. We love to hear a good cover version, unless they murder the song of course. By the way, “murdering it” is bad and “killing it” is good, in case you didn’t know! We also like to hear tracks that remind us of others, even if it’s subconscious memory. We have also grown extremely accustomed to hearing samples that we recognize taken from other songs, whether that be a vocal sample, a guitar lick or a drum break.

Two recent happenings that I believe could be extremely detrimental to the music industry and the folk who write music within it is the reason behind the introduction and why I write this article. Firstly, Pharrell Williams & Robin Thicke were successfully sued for over $7m by Marvin Gaye’s family for the track “Blurred Lines” ‘copying’ from “Got to Give It Up.”

Secondly, Ed Sheeran is now being sued for his track “Thinking Out Loud,” also by Marvin Gaye’s estate (family) for lifting from his classic hit “Let’s Get It On.”

Gaye’s family obviously quite enjoyed hitting the jackpot with “Blurred Lines” and have garnered an unhealthy taste for it. This could lead to an extremely worrying trend in the music business which would result in creativity being quashed.

The defense did concede that the two songs do have a similar vibe however. Right ok, so now we can be sued for writing a song that feels a bit similar to another one! Artists and writers are in serious trouble if that’s the case. It would be understandable and expected if it was blatant plagiarism but neither of these examples are — and it leaves me feeling nervous that what has always been classed as inspiration can now be called Plagiarism. Let’s face it, The Beatles could sue Oasis for 50% of their repertoire.

Well, I’ll try and give you an idea. I’m not talking about ‘strikingly similar’ here, I’m talking about actual, blatant plagiarism.

Let’s start with my personal favorite — and one you’ll probably all know.

Referred to as the “Amen Break,” it has a special place in my heart because it’s used in the beast of a tune “Straight Outa Compton” by NWA.

That’s all it has to have been used in to be a classic but the fact it’s been used in so many popular classics is quite frankly embarrassing for most other breaks. The original recording was by Gregory Sylvester “G. C.” Coleman, performed in the song “Amen, Brother” by funk and soul band The Winston’s in the 60’s.

The song is an instrumental up-tempo version of Jester Hairston’s “Amen,” which he wrote for the Sidney Poitier film Lilies of the Field in 1963. The Winston’s rendition was the B-side of the 45 RPM 7-inch vinyl single “Color Him Father” in 1969 on Metromedia.

Matrononix’s “King of the Beats” used it in 1988. Mr Mixx was the first to dismantle the loop and rearrange the sounds in a different pattern in 2 Live Crew’s “Feel Alright Y’all” in 1988.

This is when it gets even more interesting as it was used by Rock artists as well. Say what!

Oasis used it in their massive track ‘D’You Know What I Mean?’

Nine inch nails used it in “The Perfect Drug.”

And even Slipknot couldn’t resist its charms for their track “Eyeless.”

Then come really weird one’s like the theme music of Futurama and The Amazing Race.

Yes, you’re right, it’s pretty nuts. You can watch a full history of the break in this 18 min video. Just try to ignore the monotone voice and it’s extremely interesting.

The most interesting part of this drum break’s story is that G. C. Coleman and Richard L. Spencer have never received any royalties or clearance fees for the sample’s usage. Spencer has said that although using the sample is blatant plagiarism, he considers it flattering. That’s the spirit Richard!! Being inspired by others is what music has always been about. They wouldn’t have even had to be as vague as “strikingly similar” with any of these examples. They could just go to court and say “that’s ours” and they’d win!

Probably the most used drum break of all time must be the massive break from “Impeach the President” by The Honey Drippers, which is the spine, soul and even the personality to so many Hip-Hop tracks in its heyday.

DJ Premier used it in Biggie’s “Unbelievable” which is undoubtedly an all-time classic.

Properly old school tracks like the anthem “Top Billing” by Audio Two uses the break for the entire beat of the track, cooked up by the magician Daddy O.

Then there’s De La Soul’s “Ring Ring Ring (Ha Ha Hey)” where a slightly alternative approach was taken by Prince Paul. He took a disco loop from The Whatnauts and laid “Impeach the President” over it to create an entirely different feel.

James Brown’s beats from his tracks have been used thousands of times for decades and it must make J.B.’s drummer, the legendary Clyde Stubblefield the most sampled man in history.

There are so many other drum breaks I could list but I just wanted to touch on vocal samples, another area of plagiarism that the music world would be so much poorer for if the original owners of the samples started getting greedy and suing. Samples such as ‘f-f-f-freeeeesshhh’ used on so many 80’s rap records that it might as well wear a massive gold chain. On the b-side of Fab 5 Freddy’s female version of “Change the Beat,” the last few seconds reveals probably the most sampled sentence in history.

When Grand Mixer DST introduced the world to the art of mixing on Herbie Hancock’s “Rockit” in 1983, he not only revolutionized how the world would view the decks from then on (as an instrument), but he gave the sample a legendary status almost instantly.

The vocal sample “It takes 2 to make the things go right” from the 1972 track “Think (about it)” by Lynn Collins has been used by Rob Base & DJ E-Z Rock, Dizzie Rascal, Janet Jackson, De La Soul and Public Enemy, to name a few.

All these tracks have used vibes from music that had already been written and the world would be a lot worse off without them. Just imagine if all these artists had been sued for using these samples; we would have missed out on so many amazing, inspiring tracks and my nights spent dancing in clubs would have been a lot less colourful for sure!

Oxendale is now working with labels and artists on ‘preemptive strikes.’ Advising artists on whether a track they’ve written is too similar to another that (AND instead) has influenced the writing. If he deems they are, he’ll advise a few changes here, a few changes there.

Let’s hope artists and writers can continue to be inspired by the music that inspires us all. Where would we be without George Harrisons “My Sweet Lord”?

Harrison was taken to court by The Chiffons for plagiarising their track “He’s So Fine.”

Although the judge in the case said that the tracks were almost identical, he was only guilty of subconscious plagiarism. Or Sam Smith’s recent smash “Stay with Me.”

Tom Petty didn’t take Sam Smith to court even though the chorus melody is pretty much identical to his track “I Won’t Back Down.” He said “these things happen.” Yes Tom, that’s the spirit!

I’d like to think that had Marvin Gaye been alive he’d have also gone along the “these things happen” avenue, but when it’s the family running the estate things become a bit trickier and maybe greed rears its ugly head a little easier.

Quite hilariously, Vanilla Ice pointed out that his track “Ice Ice Baby” had one note different to Queen & Bowie’s “Under Pressure.” Let’s face it, Blurred Lines didn’t have any notes that were the same.

Let’s hope that the Gaye family haven’t set the ball rolling for others to claim foul play for music that has vague similarities, in what would be an inspiration crushing precedent for all writers and artists. I truly hope we can all still be inspired without being called a cheat. 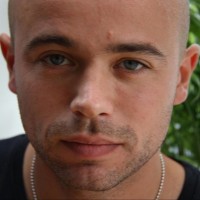 Tim Chapman is a partner in Track Spark with Rich Lewis. Track Spark provides a monthly bundle of music production software, including VST plugins, Sample packs, VST instruments, music loops & tutorials. He's worked in different areas of the music industry for over ten years and has had a creative partnership with Rich for the last four, creating themes for TV & commercials, working for production music libraries, and writing songs for the love of it.

Follow CD Baby on social media: we want to hear from you
Next