Performing musicians rely on social media to connect with their audience, and fans love that kind of direct communication with artists—it’s a mutually beneficial relationship. But as with most aspects of human social interaction, things can get…awkward on social media. People can be insensitive and even rude to those they mean to support, without realizing how they come across.

In the hope of avoiding some of these situations, I put together this little etiquette guide especially for those of us who use Facebook to promote and discover live music in our local communities. Here are my top eight dos and don’ts.

How to NOT inadvertently be a JERK on Facebook.

When a friend invites you to an event on Facebook, it seems logical enough to click “not going” if, in fact, you are not going, and you may want to share your regrets in a comment on the event too. But you should not. Why? Because public comments on social media shape perceptions of events. A string of posts saying “Sorry I can’t make it!” gives the appearance that no one is attending this party. If you want to express that you’re sorry to miss it, send a private message to the host.

So if you are unable to attend, just ignore the invitation. Or, better yet, click “interested”—that’s a show of support even if you know you can’t make it. When someone else looks at that event, the number of those “interested and attending” is a little higher thanks to you.

Far worse than simply declining an invitation is posting on the event that you can’t go because you’ve got tickets to the Ultra-Cool Show Across Town. Why sabotage anyone’s promotional efforts like this? And if you’re a musician, it’s incredibly bad form to post the details of your own competing gig. I’ve seen this more times than I even believe. “Oh, man, wish I could be there, but I’m playing that night at the Dew Drop Inn from 7 to 10, and there’s no cover!”

I have a wide network of music friends on Facebook, and I get invited to lots of events—around my home turf of upstate New York as well as in Boston, Washington, Austin, San Francisco, even Europe sometimes. I understand why—Facebook offers no easy way to invite friends in a particular city, and besides, there’s a chance that if you invite me to an event even thousands of miles away, I might recommend it to someone who actually lives there. But that’s a fairly long shot, and overall, I think it’s more considerate to limit invitations to those in the area as best you can. For that friend-of-a-friend possibility, you can always put out an open call (via your Facebook profile/page, email list, etc.) for help in spreading the word.

Here are a few ways to filter Facebook friends by location:

For a small event, sending individual messages inviting or reminding people takes time but can be effective if you do it in a low-key and non-pushy way. But please do not resort to the group message where you hit 50 friends with the same pitch for your event. Once you do that, they will get notified anytime one of those 50 people responds, and that can get super annoying. Sure, recipients can leave the group, but if they do, Facebook announces that departure to everyone right in the message string. Imagine you want to leave a party early, but the only way you can do that is if someone first shouts to the entire gathering, “Jeff does not want to be here and is leaving!” Don’t put friends in that position.

Before you post a video (or live stream) from a show, ask the performer’s permission. With photos, most musicians will be grateful for the extra visibility, so typically it’s fine to go ahead and post without checking first. But videos are a different matter, because they are such an important part of an artist’s online presentation. No performers want bad live videos (see No. 5) popping up when someone googles their music.

There are a lot of reasons why a musician might not want a live clip posted. For instance, at shows I sometimes perform brand new songs that are still rough around the edges; I want to share this music and get feedback from an audience but definitely do not want that performance preserved for posterity.

Again, musicians may be perfectly happy for you to post a video, but give them the chance to say no. An easy way to do this is to upload it to YouTube as unlisted, send the link to the performer, and only make it public if he/she approves.

Yeah, it’s cool that you can broadcast live from anywhere with your phone. But when you do this from a noisy room, you are doing no favors to the performer—or, if you are live-streaming your own gig, you are only hurting your own cause.

At the show, you may be loving the music and feel totally immersed; as is often the case in bars, there may be a cluster of people by the stage digging the band. But if there’s much background noise, that’s the main thing that anyone tuning in online will hear. Phones are extremely good at picking up that noise. The video will sound like crap, no matter how good the performance is. Yo-Yo Ma could be playing Bach cello suites near the pool table at the Dew Drop Inn, and the live stream would sound like crap. Videos like this also give the impression that this musician plays for audiences who do not listen or care. That’s not helpful for anyone aiming to play in listening rooms.

At many concerts, even well-attended ones, there are empty seats in the front by the band—and in audience photos, the empty seats can be very noticeable. Anyone seeing those photos afterward might wonder, did no one show up? Again, your documentation is contributing to perceptions of the event, so just be mindful of what your photos show or suggest. It’s easy to frame your shot so that it leaves out empty space, or just crop the image before sharing. Accentuate the performer and the people who are there.

7. Don’t post that you wish more people had been at a show.

I know this comment is well-intentioned — you thought the band was great and the audience should have been bigger. But this makes it sound like no one was at the show, when there may have been a respectable crowd, and emphasizes the negative.

One of the most important lessons of performing music is to play your best and be grateful for those in the room, rather than wasting your night stewing over whoever didn’t show up. As an audience member, you should adopt the same glass-is-half-full attitude. So if you think the music was great, post that. And when the next show comes around, try to help spread the word and get more butts in seats.

When you’ve got a big event coming up, you naturally want to plug it on social media as much as possible. But be sure to take breaks from self promotion and post about things in which you have no vested interest. Recommending someone else’s show or new project feels good, it’s refreshing to anyone who follows you, and of course it raises the odds that others will do the same for you. And it helps build a sense of community, which in the long run is far more important to everyone’s success than any individual event.

I hope it’s clear that I offer these suggestions with gratitude for those who actually get themselves off the couch and away from screens and out to support live music. Social media can help nudge others to do the same, especially if everyone is a bit more thoughtful in how they interact. 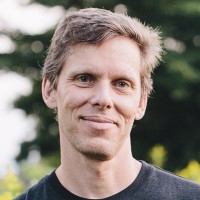 Jeffrey Pepper Rodgers is the founding editor of Acoustic Guitar magazine and a grand prize winner of the John Lennon Songwriting Contest. He is the author of The Complete Singer-Songwriter, recently published in an expanded second edition, and the new Acoustic Guitar book/video Beyond Strumming.