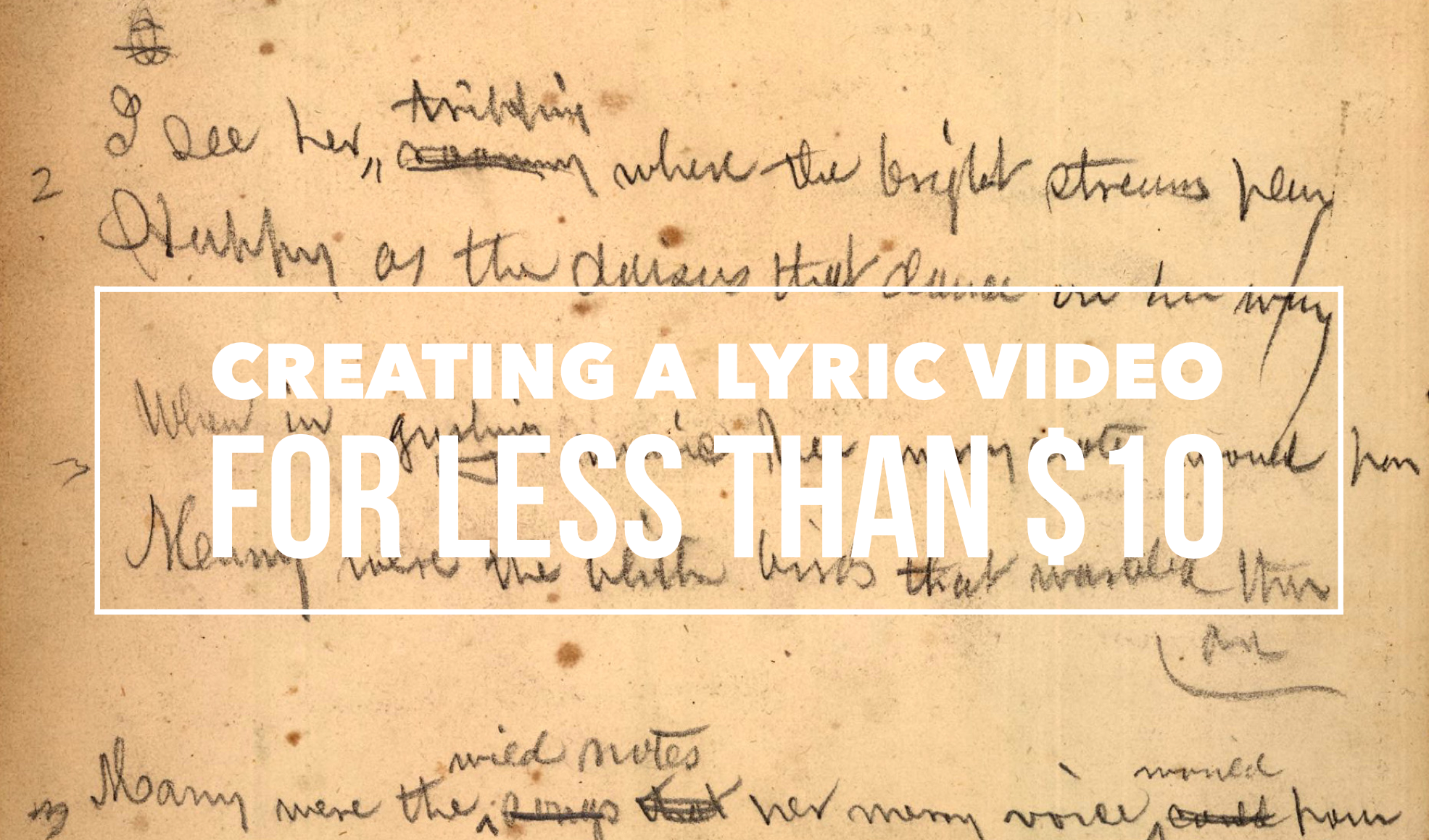 Lyric video: a video that shows your song lyrics while the music plays. [Pretty self-explanatory.]

Not only are lyric videos a great and manageable way to keep your video content coming in between bigger projects that involve more complicated production, but I’ve found they can actually be a lot of fun to make.

Below I’m going to talk about how I created six different lyric videos along with info on some of the FREE tools I used.

A few things to keep in mind:

Some tricks to spice up your lyric videos

This is the lyric video for my single “Collapsing Star” — a long fade-out kind of song about devotion in the face of aging — so I thought the visuals should do exactly what the music and lyrics do: fade, shrink, collapse.

The creation of this video involved some really basic elements:

This is the lyric video to my song “Irretrievable Beauty.” To create it I followed all the basic steps mentioned above, but here are a few of the bonus elements I added for (hopefully) extra impact:

Above is the lyric video for my song “Silently.” Some things I did to create this one:

Here’s a video for a song called “Morning Edition” which I posted right before the election in 2016. The recording is actually just a super lo-fi Garageband demo, but I only had two weeks until election day, and I figured if I’m going to make some kind of statement, there’s no time to wait to get my band into a proper studio. So, a few notes about this lyric video:

Here’s a lyric video I made for my song “Let You Go.”

I should mention that this one cost me more than $10, and that’s because I purchased some stock animation from Rotor (I think it was $30). In fact, I had Rotor create the basics of an animated music video FOR me. I exported it at 1080HD. And then the fun began:

Here’s the lyric video for my song “Veterans Day.” By complete accident — again, lots of playing around with built-in options — it ended up with a kind of Zen art aesthetic. Here’s how:

Here’s a few things you might be able to learn from the lyric video to my song “Premiere:”

Okay, those are some of the tricks I’ve used to make my lyric videos more interesting than just white font on a black background, all without paying for extra software or expensive stock footage and images. Hopefully they’re helpful as you create your next video.

Do you have any advice to add? I’d love to hear it. Holler in the comments below and be sure to post a link to your best lyric videos on YouTube!