Band social media: the least you can do

You’re an artist, not a blind corporate sheeple drone whore-bot. Obviously social media isn’t for you. And no, I’m not here to write a “how to rock your band’s social media” blog post. It’s 2016. This is a topic that you can find trillions of articles and books on, and it has been for over a decade. Let’s face it, if you were going to be good at using social media to promote your band, you would have gotten off of your lazy ass and done it already.

This is not a blog post for the insufferable overachievers. Rather, this is for those who can just barely be bothered: for the musicians out there who type using only their index fingers or have better things to do like get drunk or spend time with their families or both. What you will find below is a slacker’s guide to doing the bare minimum for your band on social media. So read up, guys. It’s literally the least you could do.

This is an easy thing you can do a couple of times a year.

You want nothing but the most up-to-date, relevant content (recent releases, recent high-quality photos, videos, upcoming shows, etc.) on your social media.

In order to achieve this, you will probably have to delete a bunch of old crap. This includes outdated band photos, blurry live shots, photos of your practice space (all practice spaces are hideous), pointless photos of your merch, photos that are almost exactly the same as other photos, actual duplicates, dumb tweets going back a month or two, old flyers, inside joke photos that aren’t funny to people outside of your band, and *god forbid* posts that involve shit talking in any way.

And if you’re not sure about a certain piece of content, delete it.

The chances are that you and your bandmates probably have a bunch of Facebook friends. Invite them to like your page, for the love of god. Just invite everyone. There’s no reason for your band to have been around for more than a year without having gotten up above 500 likes. It doesn’t look good.

If you’re not sharing actual news about stuff your band is doing, keep it off of your band’s Facebook page. Confine weird personal musings to Twitter, where they belong.

If you play a show or do an in-store performance, create a Facebook event or use an existing one if someone else already set one up. You and your bandmates should all invite each of your friends a few weeks beforehand and share the event page a day or two before the show. Feel free to post in the event a few times leading up to the event (especially to share preview coverage, new content, or music from the other acts), but don’t share actual event pages multiple times.

Once you’re at the venue (before or after your set – doesn’t really matter) tweet about it and tag the venue and other bands.

Take plenty of photos on your phone. Once you get home, post one photo from the night on Instagram and tag the venue and other bands.

Pick one cool photo to post to Facebook from your time in the studio. Remember to tag the studio and engineer, if applicable.

Post photos or videos of the recording process to Instagram throughout your days of recording. Tag gear makers, tag the studio, tag engineers. Use minimal, thoughtful hashtags.

Tweet about a show early the day of and tag the other bands and venue.
Share a photo on Instagram at some point during the night and tag the venue and other bands.

You probably don’t need to post about each show on your band’s Facebook timeline while you’re on tour, but if you feel like it, post something to the Facebook event of each show the day of, like recent press if you’re touring around a release or just “stoked to see [other band] tonight!”

Share any corresponding press coverage and thank the publication (see below) across every platform.

Say Thanks When People Give A Shit

Thank publications for writing about you by sharing the link to the post, tagging the publication, and saying thaaaaanks. Press is one of the things that’s great to share across all platforms, so be sure and do them all.

And by the way, you guys gotta get rid of those big ugly URL’s on Facebook and Twitter! Here’s how:

Step 1. Copy and Paste the URL. An image and title will appear below. Step 3. Write whatever you’re going to write and then post it! Use goo.gl or bit.ly to shorten the url to a minilink like this: goo.gl/AuNVgJ

Half Announcements: Shut It Down

Have you ever seen a band post something like, Big announcement coming tomorrow! or Exciting news coming soon!!! 😀?

As excited about upcoming stuff as you may be, it’s pretty much always best to wait to bug people until there’s an actual link where they can read, listen, download, buy tickets, whatever.

Ok, you might be funny. But probably not that funny. Before posting videos or photos of your band goofing around, ask yourself – would someone think this was funny if they didn’t know us?

And on that note, it’s always a good idea to edit the content you’re posting with a critical eye.

Ask yourself, is this relevant to anyone? Would I be annoyed if I saw someone else post something like this?

Whittle your self-doubt into a razor-sharp spear and throw it with all your might into the heart of the internet. 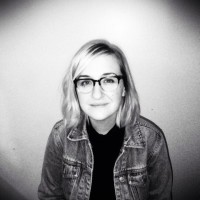 Sierra Haager is a founding partner of Public Display PR. She and her small Portland-based team promote singles, EPs, LPs, and videos for bands and labels.

EXTENDED until Friday: Save 50% on standard album distribution to Apple Music, Spotify, iTunes, Amazon, and more
Next