The key to playing more (and better) shows.

Remember the first time you picked up your instrument? What about the first song you learned to play or sing? For me, one of my favorite first memories was the excitement of my very first gig.

My first gig was in 10th grade at a hotel bar. It was a Battle of the Bands competition and there was only a handful of hotel guests that came. My hard rock band sounded horrible. Our guitar skills were weak and our vocals could’ve used a lot of help. My band ended up losing that competition to a better band that deserved to win.

But even with the small random crowd and my awful sounding band, I couldn’t shake how good it felt to perform.

Two years later after many practices my band played our school talent show. It was a totally different crowd and experience. There were 600 students who eagerly wanted to hear loud screaming guitars and banging drums. We opened up with the new single from Guns N’ Roses, “Sweet Child ‘O Mine.” We were later told that you could hear us playing across the entire campus.The auditorium erupted and the teachers went into a panic. It was awesome and I’ll never forget it. We were told to turn down a few times during our set but we made it through the entire song list before they pulled the plug.

That was my first moment. I LOVED that feeling. As a musician, it really doesn’t get better than that. Unfortunately, gigs like that don’t come around all the time.

It wasn’t until a few years ago that I started playing exciting shows again. Since then I’ve been able to play sold out shows with Grammy-award winning artists. But want to know a secret?

None of those shows would have ever happened if I didn’t do one thing: follow up.

If you want to book the gig, you need to follow up.

That means you don’t stop asking to play until you hear a “yes” or a “no.”

You can send emails or you can make phone calls. But having spoken with hundreds of venues I can tell you personally, they don’t want you to call them unless they specifically asked for it. They’re busy people with a job to do.

Venues also don’t want you to contact them too often. In other words, they are like everyone else. They hate junk mail, spam, and annoying voice mails. They just don’t want to be bothered. Imagine someone pestering you for something every day. How likely are you to give in to that person?

On the contrary, if you follow up at the appropriate times in a friendly way, a venue or booking agent is much more likely to feel obligated to help you.

Here’s the best way to follow up to make sure you get the gig.

It doesn’t matter if you want to book a gig, get signed to a record label, or get your music reviewed on a blog — you have to follow up.

Life is busy, people forget, and your emails can easily get lost in someone’s inbox. By following up, you can prevent your best opportunities from falling through the cracks.

Wondering what to say in your follow up emails?

I took all of my best follow-up email templates and strategies and bundled them up for you.

Go HERE to get them for free.

They’re the exact same emails I’ve used to book all my recent gigs. 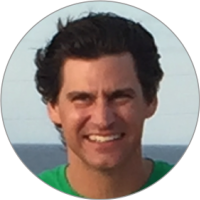 Craig Kelley is the main gigmaster at GigFaster.com. He recently released his eighth album, Live at Sellersville Theater, and has supported GRAMMY award-winning artists including Rick Derringer, Kenny Wayne Shepherd, Gary Hoey, Joan Jett, Fuel, and many others.

YouTube and the ever-confusing world of Art Tracks
Next