Ready to launch your next music project? Do these 4 things FIRST The right way to plan for your next album, single, or video release.

Chances are you have a big music project you’re working on now, right? Maybe it’s as small as a new song, or as grand as a full-production music video with a team of 100 people backing you up.

No matter how big or small your project, the big question is, “How do you go from an idea to something tangible out in the market?”

The first step is always planning, and that’s what we’re going to talk about today. I know planning can seem like a drag when you’re excited and just want to jump into a new project. But if you take the time up front you’ll run into a whole lot less snags and roadblocks along the way. And who doesn’t want a smooth launch, right?

It’s important to note that planning is only one stage of executing a successful music project. I’m hosting a free webinar on Tuesday, May 15 that will cover all the other steps you need to get your project out there into the world – all taken straight from the New Artist Model Music Business Accelerator course. Click here to join me live at 1PM on May 15th, or signup to get the recorded replay.

What is a “Project”?

A project could be something like planning and executing a regional tour, or a crowdfunding campaign. Or maybe your project is to set up a business – like a production company or home studio where you sell your services to musicians and bands.

With that in mind, a “project” is a set of tasks that have a definite beginning and end.

Okay, so now that we know what your project could be, let’s look at a few things you need to do in the planning stage of your projects so they turn out to be big successes.

1. What is the big-picture purpose of your project?

Make sure you address this right up front. So many musicians do things just because they see a lot of other musicians doing it.

They make an EPK even though they have no use for it because some industry expert told them it was important. Or they make a Patreon page simply because they see other musicians being successful on the platform. Or they set up a Twitch channel to stream just because streaming seems to be the hot new thing.

Before you commit to a big project ask yourself how completing it will benefit your career as a whole.

All decisions to move forward with projects should be made with an internal focus, not an external focus. In other words, making a decision based on how it will benefit you, not how it benefited someone else.

Everyone has different goals in their career, so everyone’s career path will be a little bit different. And that means what works for someone else may not be the best move for you. Taking the time up front to take a few steps back will always give you better perspective and save you a whole lot of time and energy.

Now that we have the big picture, let’s zoom in and look at your goals for the project itself. When setting these goals, it’s best to make them as specific and actionable as possible.

Now, goals shouldn’t just be pulled out of thin air. Whenever possible, base your goals on past data; that way you know you’re setting something that is realistic and achievable. Look at how much money you brought in from you last album sales to determine your revenue goal.

This is going to be an effort of breaking down your goals into smaller tasks with deadlines.

I find it’s easier to make a plan of action if you start with a deadline or due date and work your way backwards. So for example if you want to announce your tour by a certain date, how early do you need to be contacting venues? From there, you work your to-do’s out. So you would need to have live data on hand, some information about you and your music to present to venues, venue contact information compiled in a spreadsheet, and emails drafted to send to venues.

What date do you need to make sure you have your entire merch inventory in to hit the road? From there, backtrack your to-dos. Maybe you need to design a new merch item, you need to check your current stock and replenish anything that’s running low, you need to create proper signage, you need to do a test run of your merch booth set up, and you need to organize the merch into boxes.

4. When is the project actually finished?

This may seem obvious, but so many musicians set vague goals for their projects and end up lost or confused towards the end as they are coming up to the finish line. This is the time you should be starting to celebrate a job well done, but instead it turns into a period of mad scrambling to get the final pieces tied up.

I’m bringing this up because not all projects have obvious end points. So for example, if your goal is to release an album, it’s not over when the album hits iTunes. You then need to make sure all your promotions are lined up and any press you secured goes out smoothly. This will be a big coordination of social media and email over the next few weeks or months. Sometimes you’ll even have a set of gigs or a tour to promote the album release, which is almost another project in and of itself.

As another example, a crowdfunding campaign isn’t over when the goal is met. You then need to coordinate backer updates and fulfill all the rewards before you can check it off your project list.

Hopefully now you have a better understanding of just how much detail needs to go into the planning phase of any music project. I know it seems like a lot, but trust me, you’ll be so grateful for your diligence!

That said, actually executing your plan is a feat on it’s own, which is why I’ve put together this free webinar: 5 Steps to Launch Your Next Music Project. I’m going live Tuesday, May 15 at 1PM EST to take you inside the New Artist Model Music Business Accelerator course and show you the 5-step system for launching any music project. Click here to register, or signup to get the recorded replay. 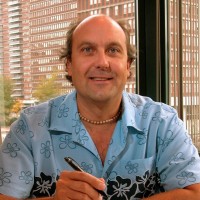 So you got on a playlist. Now what?
Previous

How to use your merch to engage your fans
Next