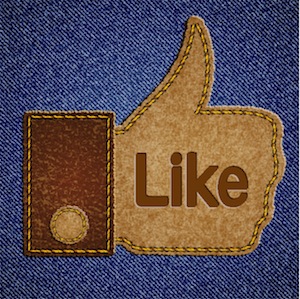 The latest update to Facebook’s ‘Edgerank’ algorithm is a bit confusing and has many of you concerned about losing access to your Facebook fanbase. There are differing opinions on why the change was made (whether it was to force you to pay for ads or — the more likely scenario — to take clutter out of newsfeeds).

Here are some tips to help you avoid your Facebook posts getting lost in the clutter:

1. Don’t beg your followers to click “show in newsfeed”

Some bands are asking their fans to click “show in newsfeed,” which ensures that the band’s posts will… show in their fans’ newsfeeds! This is not recommended. Yes, it will work for those fans who can’t see your posts in their newsfeed, but Edgerank changes went into effect in late September; if your fans can already see your post in their newsfeed asking them to take such an action, having them go to your page and check a box that is already checked may cause confusion and even some accidental un-checks!

Also not recommended. Your fans already get many notifications from you on Facebook: event invites, event massages, comment updates, the list goes on. Asking them to get a notifcation for every update or status change may be a little much for everyone but your most diehard fans — or worse, it may condition them to ignore your updates.

Also, while opinions may vary, I’ve never been a fan of asking fans to do anything outside of the fan experience (coming to shows, buying merch, and participating in contests or the like.)   Not only are these strategies minimally effective, they also could hurt your Edgeranking if people aren’t participating in the post by liking or commenting.

You can now pay Facebook to have your post hover at the top of your fans’ newsfeeds, guaranteeing that more people will see them. For any run of the mill post, about 20% of your fans will see it. With Promoted Posts, I’ve personally seen that number regularly rise above 60% and occasionally 100%, depending on the campaign.

Whether you’re advertising a band or an event, you always want to talk about the pros and cons with everyone involved before you make a purchase, and make sure you have the ad targeted to an audience that will respond. The key, if you decide to go with a promoted post, is to make sure that it has the quality of content to get a response from your fans.

DO IT NOW! – The more people who are participating with your posts, the less and less you will be affected by Edgerank.  The key to this is to give people something new and engaging with each post.

The most effective way to do this is with pictures, which give you two immediate advantages, the first being an immediate contrast against the white background of the endless Facebook news feed; and the second is the ability to edit your posts afterward.  Photos also give you opportunities to run ‘like’ and ‘tagging’ contests for merch or tickets as well as something visual to comment and respond to.

Make sure in every post you do you are tagging something,  whether it be the band, the next event, the venue your playing, or the other acts on the bill. The idea is to make it easier for fans to get information.

The key with Facebook is to be engaging and inclusive, and remember the golden rule, ‘If you don’t want to see it posted, don’t post it yourself.’

How do you ensure that fans are engaging with your Facebook posts? Let us know in the comments section below.

Will Fries is a Portland-based social media consultant and promoter. He ‘occasionally’  sings and plays guitar in the band Paper Airport and qualifies himself as an all-around music nerd who enjoys bringing everyone together.