How Spruke made $26,000 selling only a handful of albums (and he’s just getting started!)

Creating a unique music experience that your fans will want to pay for.

It’s no great challenge to find an artist who laments the music industry’s shift from downloading to streaming. At one time, an indie musician could pocket $1,000 with just 1,500-or-so downloads of their latest single on iTunes. But today, that same artist needs to get about 100 times as many streams to earn that same amount on Spotify. It is understandable for creators to feel frustrated. To make the same amount of money, artists feel like they have to get more and more copies of their music to their fans. As it gets harder and harder to “sell” more, how can musicians succeed?

Well, for Buffalo-based electronic musician Spruke, he succeeds by selling less. Rather than create and sell copies of his music at fractions of a penny, he takes advantage of innovations in music recording, distribution, and crowdfunding to give each of his fans an individualized album experience—an experience for which said fans are willing to pay a premium.

In 2015, Spruke created Music To Die Alone in Space To, a narrative-infused musical project in which each of Spruke’s Kickstarter backers received their own completely unique album. He used innovative recording and mixing techniques to create each album, and was able to raise $26,000 for his project on Kickstarter while only having to sell just over 300 unique units. Musicians can learn a lot from Spruke’s approach. It is possible for today’s creators to earn more not by increasing quantity, but by delivering a distinctive musical experience to a small group of devoted fans.

Today, he is taking his model to a whole new level. Spruke is currently in the midst of a new Kickstarter campaign for his album project Pieces. The spiritual sequel to Music To Die Alone in Space To, Pieces tells a dystopian future story in which the narrative elements are spread out among each individualized copy of the album given to the Kickstarter backers. Spruke’s listeners must come together as a community and combine each of their albums to solve the mystery of how the world fell apart.

I spoke with Spruke about his approach to music and his latest project. You can support the Kickstarter for Pieces by clicking here: https://www.kickstarter.com/projects/85084207/piecesa-thousand-albums-at-the-end-of-america.

An interview with Spruke

Who are you and what do you do?

Hi! I’m Spruke, a synthpop artist turned ambient musician from Buffalo, NY. I DJ, I produce, and now I’m really into advanced synthesis techniques and building my own synths & samplers. By day, I’m the Chief Technology Officer of a social media startup.

To talk about Pieces, first you have to talk about Music To Die Alone In Space To. In 2015, I Kickstarted Music To Die Alone In Space To, which was a bold idea: what if there was an album such that every copy of it sold was rerecorded from scratch to be completely unique? I asked for $2,000, expecting a “print run” (if you can call it that, since it really isn’t a print run as much as “the number of copies I would have to rerecord”) of about thirty. Instead, the idea resonated with people and I raised $26,000 and sold 310 uniques. It took me two years to record the album 310 distinct times, and I only just finished in the last few months.

What gave you the idea for an album that was unique to every purchaser?

I see a fundamental problem with being a musician right now: music has become fundamentally cheap. Not just monetarily cheap, which it is, and that’s its own problem, but cheap in overall value and existence. The focus used to be worrying about how to get good, be talented, and then how to be found, be marketed. Now, I see the bigger picture as “Even if I’m good and get found, why will I matter?” I’m a house music DJ by trade. I know all about the consumability and then disposability of music, because my job is to buy a hundred tracks that all kind of sound the same. The entire purpose of such kinds of music is to exist as one song in a playlist or something and then fade into something of equal interchangeability.

I guess that you can record the ultimate song of heartbreak, go ahead, you can make the greatest masterpiece since “Yesterday” or a polished and produced pop masterpiece like “Billie Jean.” Get put in a Spotify playlist, get 10,000 listens, make $130. A song can only be a song. Therefore, rappers have to launch clothing lines; this is why Beyoncé has to make an HBO special.

How do you recapture the feeling of a song being a limited and exclusive quantity, this same kind of feeling that is drawing people back to vinyl now? Well, you could record an album for their ears only and give it to them to treasure and cherish on their own. That’s a $70 album.

So, after taking two years to record the same album 310 times, what has you going back for more?

I got the inspiration when I saw how eager the backers of MTDAIST became to form a little community of album-swappers and traders; they uploaded their private copies for public consumption and compared & contrasted their unique copies with those of others. I saw a chance to elevate this art form from an album to a full-fledged alternate reality game, or ARG. On Music To Alone In Space To, everybody got new music on each copy, but everybody got the same story. On Pieces, I saw a chance to give everybody a different story, too.

A different story on every copy? How does that work?

I’ve hired a diverse team of authors and voice actors to read about twenty different short stories, tapes of people’s experiences during the upcoming American Apocalypse. These passages are scrambled and spread amongst the thousand unique copies of the album. It creates what I’m calling distributed storytelling: the idea that a story is being told across recipients, where consumer A is allowed to hear one shard of the story and consumer B another. If they like, each can enjoy the mystique and not knowing the whole story on their own, or they can work together and trade copies to put together more of the story. What exactly is the American Apocalypse, and why is America abandoned? You get one tiny window into the details and if you work with others, maybe you can reconstruct the entire timeline as a community.

What lessons did you learn in your first successful Kickstarter that are helping you in your second?

Uh… enjoy the ride? Nothing can prepare you for doing a Kickstarter, not even having already done a Kickstarter. The stomach flutters, the dying every ten minutes that go by without a pledge, the surge when a top tier backer arrives, the unexpected directions your backers will pull you in as they start asking questions and imagining what it might be. Remember, it’s a marathon, not a sprint. Music To Die Alone In Space To ended with quite a different vision than it started with after 310 unique albums had their way with me. I am excited to see what Pieces becomes. Please consider backing it here: https://www.kickstarter.com/projects/85084207/piecesa-thousand-albums-at-the-end-of-america

Have you ever attempted a creative project or crowdfunding campaign like this? We’d love to hear about it. Let us know in the comments below. 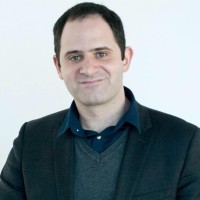 Ryan Kairalla is an entertainment lawyer, author, and teacher from Miami, Florida. He is the host of the Break the Business Podcast, a weekly advice show for independent musicians. His book Break the Business: Declaring Your Independence and Achieving True Success in the Music Industry is available in paperback, e-book, and audiobook. For more information, visit www.breakthebusiness.com.

How to get your music on Pandora Radio
Previous