“Always” is just as dangerous a word as “Never.”

“Never” is dangerous for those struggling to make it in the music business, as in: “It’s never going to happen.”

But then one day it does, and those royalty checks start coming in. That’s when the next danger rears its ugly head: “It’s always going to be this way.”

When artists first start making money off their art, the temptation to blow it all on frivolous things is strong. After all, that first royalty check is cause for celebration. And that’s fine, to a degree. Just don’t let it become a habit.

Then there are bills to pay. Not just for music-related things… but life in general. It’s a good feeling knowing you’re paying your way through life with the money earned for doing what you love. Just don’t let the day-to-day routine distract you from the broader goal.

At some point, savvy artists (songwriters and recording artists alike) will reinvest a portion of their earnings back into their career. Some do so after a fortunate windfall (such as a hit album or a lucrative synch deal). Others are more proactive, raising money with a specific goal in mind.

We’ve helped hundreds of artists in that second category, who come to us to raise money with a specific goal in mind. Many have shared with us how they invested the money they raised with us. Here are their recommendations, based on where you are in your career and how much you can afford to spend, in order to get the most bang for your buck.

OK you’re just starting out… but you’re making actual money from your music, which is more than most in this business ever achieve. That’s justification (and motivation) enough to put some of that money into your ongoing development.

We’re going to assume you already have a decent laptop, so now it’s time to invest in some serious software. Whether you’re a performer, or a songwriter, the next-level producers and engineers you’re going to be working with will have higher expectations of you than your basic GarageBand download probably can’t handle.

… and the skills to use it

Serious DAW software requires equally serious skills. Investing some time and money in proper training is a good bet at this level. Even if you’re not a producer, or planning to be one, you should still learn how to use production tools to you can work with the producers giving you a shot.

Spend a few bucks and invite that hot producer or in-demand songwriter out for drinks/dinner. Pick their brain, get to know them, and just expand your access to the people in the industry who can make a difference. Register for and travel to industry conferences like ASCAP Expo or the DIY Musician Conference. While what you know matters, who you know certainly helps.

Other ideas: pay for a properly developed website, branding and marketing design work, video production, or even live performance coaching sessions. You spent all that time/effort making good music, now spend a bit more to make sure people are hearing it.

OK things are starting to take off for you. This music career might actually work! But you’re not quite there yet. You may have quit your day job, but there’s a lot of work still to do.

Time to get out of the garage. Renting proper studio/rehearsal space gives you the room and the environment to do you best creative work. And it sounds better too. Rates differ wildly based on your location, but with $10k to invest you can probably get between 6 – 12 months out of it.

Self-fund Your Next Release

Rather than taking an advance that most will never pay off, take some money out of your back catalog or prior work and fund your next music project yourself. Or at the very least, hire a good mix producer and do some real mastering of your music.

Pay Off Your Debt

Not nearly as sexy as the others. But the average American has $3,600 in credit card debt. For those under 35, that average rises to nearly $6,000. And for those who carry a balance month-to-month that figure rises to over $16,000. Wiping that lodestone off your balance sheet will give you the freedom to take risks in your career rather than doing things you don’t want to do just to make this months minimum payment.

Other ideas: Gear, gear, and gear. Upgrade your instruments. Get a decent mic. Expand the drum kit. Anything that makes your sound better is worth investing in at this stage.

Ironically, entering six-figure territory is perhaps the most dangerous place to be as an artist. That’s when “Always” starts to play with your head, and the temptation to spend more freely on a flash ride or fancy clothes becomes more intense. But to hit that $1 million mark as an artist, there’s still plenty of career investment to focus on.

Build Your Own Recording Studio

We’re not talking setting up some mikes on a table. We’re talking about a solid, state-of-the-art recording studio, with a proper mixing board, acoustics, the whole nine… In fact, the gear’s the cheap part. Putting together a room with the right acoustics so all that fancy gear is picking up good audio is where it gets pricey. But once done, you never have to pay for studio time again, and you may even begin making extra cash renting it out (for $$ or royalties) to others.

Many artists make more from ticket sales than they do from recorded music. But touring has its own costs as well. Investing in your own infrastructure is a good way to make sure you’re squeezing every dollar out of those touring miles. This includes things like:

Fund and IRA, buy real estate, take out an annuity, invest in a hot startup. The options are many, only do your homework and don’t put your money in places you don’t understand. The point is to take some money out of your music income and put it into something that can earn you more money in a way that’s not tied your royalty performance. That way, you have backup revenue to power you through any dips in royalties so you can continue to focus on making music

Of course these are all just suggestions. Every artist has a different need and perspective. But the broader strategy remains constant—investing in your career allows you to advance your career.

Depending on your cash flow situation, you may need to take some extra steps to raise enough money to put it to work at any of these levels. That’s where Royalty Exchange can help. We connect artists with a history of earning royalties with private investors who can help you raise the funds needed to further your career. Contact us today to learn more. 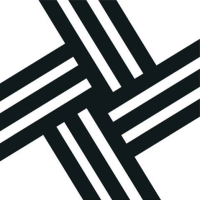 The power of planning: how an indie music video that got 30+ million views in its first week took 1.5 years to make
Previous