5 things to think about for your next cover song

Stop me if you’ve heard this one…

“How does AC/DC (or insert some other legacy band) clear out the first 5 rows at their concert?”

Punchline: “When the band announces, ‘Here’s a new song off our latest record!’”

It’s a lousy joke, but it reminds one of a very important rule in the music business: Your average music fan wants to hear songs they already know and love. People like familiarity. They want to hear music they know will move them. It’s an old concept, of course, but it applies to even the most successful artists in the world.

And it’s one reason that many bands, whether you’ve released one album or twenty, choose to add a cover song to their repertoire.

When you do a cover song, your fans will automatically by default compare your version to the original. Not to get too dramatic, but you’re forever tying your legacy to someone else’s artistic work. You’ll want to get it right. Before jumping into your next cover song, consider these 5 things.

For the unsigned artist, one big reason for performing a cover song is to pump up your audience with a song they know. While you’re doing that, you’re also displaying your artistic talents by giving the song your own unique bent. But if the original is a song few people have heard before, you’ve lost the opportunity. Of course, there are plenty of examples where covering an obscure song results in a big hit, but this strategy doesn’t work in a small club setting. Covering obscure songs usually works best for artists whose best talents lie in their vocal performances. They can take a previously unknown song and bring it to life with their voice alone.

I’m referring to reaching far outside your musical style for a cover song. This route is reserved for already-established artists that have blazed their own original trail. For example, Johnny Cash pulled it off beautifully when he covered Depeche Mode’s Personal Jesus and Nine Inch Nail’s Hurt. But that’s Johnny Cash. If you’re a new band, don’t try this strategy.  Wait til you get a little bigger.

3. Go with a Classic, or an Influencer

The main goal of performing a cover at your show is to convert new fans. Your cover song is one song of many, and you’ll probably perform it sometime in the middle of your show. Keep the vibe going with a cover song that everyone knows and has a similar feel to your originals. Your best bet is to cover an old classic, or a song by a band that’s influenced your music.The song will surely be recognized by the fans and you’ll heat up the room as more people get into your music.

It’s always possible your cover song turns into a surprise hit with your fans. Be thankful and consider yourself lucky. Just don’t go back to the well too soon or too often. Your fans might decide you’re milking it, or worse, that you’re too lazy to write your own music. Guns N’ Roses had big success with cover songs, but then the magic wore off. Before they broke up, the last songs the band recorded were cover songs that bombed.

Make no mistake, attempting to perform and record someone else’s work is a big risk. On the one hand, getting a cover song right can do some pretty crazy things for an artist’s career. There are countless examples of artists recording cover songs more famous than than the original. On the other, getting it wrong can be downright embarrassing. Before you record your next cover, perform it live to gauge your fans reaction. Again, the goal with doing a cover song should be to attract new fans with some familiarity and fun at your live performances. And if you really nail it, you’ll show your old fans an artistic range they never knew you had.

Hey, what about Licensing and Royalties?

There’s plenty of straight-forward articles already written on this topic, so I won’t re-invent the wheel here. Suffice to say, if you’re planning to record and distribute the song, you should secure the proper mechanical license — and CD Baby makes it super easy. We’ll help you license and distribute your cover song single, all from the same account. 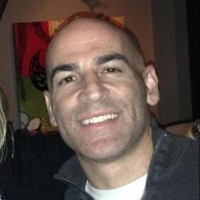 Michael Corcoran is CEO of MusicSUBMIT.com, an online publicity service that submits bands to radio stations and blogs. He has been with MusicSUBMIT.com for 11 years.

Ten things I'm still learning about being in a band
Next